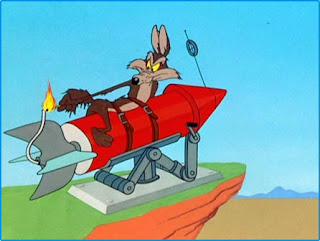 We've arrived at that point where my wife and I either need to put up decorations or throw up our hands and say, "Screw it. No tree. No nothin' this year. I quit." We only got to that latter point once so far, so we're putting up the tree and crap this weekend. Yeah, it's festive. Sure, it can be fun. It just all feels more like a homework assignment that winds up being kind of entertaining once you get into it. Nothing against Christmas, but I don't like being shoved into a situation where The Man tells me to ENJOY MYSELF!! Do it!!! NOW!!!!

I'll feel better once I hear the first few chords of my Johnny Mathis Christmas album. That's the one that truly puts me in the spirit. That guy can sing the hell out of Silver Bells! Plus, there's no snow on the ground yet here in Omaha. Once I see some snow, I'll be more in the mood to throw on the big snowflake sweater and sign some greeting cards.

Another thing that's keeping me from savoring the holiday is the promotional war path I've been on to gear up for the Skinners #1 release. I've been arranging signings, newspaper stuff, you name it. Along with that, I've been nervous about the release in general. A whole lot of excitement, huh? Not really. At least with the streaming Netflix movies on XBox Live, I've been able to catch up on gems I've always wanted to see. Like, for example, Beverly Hills Ninja.

Where's that spiked egg nog?
Posted by Marcus at 1:34 PM