That's how we laugh the day away in the merry ol Omaha! 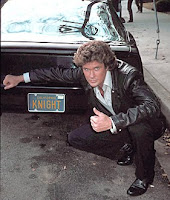 Made a few little adjustments to the blog. You may have noticed the new picture across the top title. That's been a long time coming. Also, I put some song quotes along with the books they go with on the side. When I first put this blog together, I thought of putting a play list of songs up since there are a few songs I listen to a LOT while writing the books. Then I saw how many other sites do this same thing and decided not to bother. I'm such a rebel. Some of these lyrics are just too perfect, though, so I put them here. It's some cool decoration, anyway.

Today was Tax Day for me. Since we get all of our stuff by now, I don't see any reason to put it off. Thanks to the myriad of financial forms, mumbo jumbo and black magic that go along with figuring income and deductions for the self-employed, we have to get ours done at H&R Block. It comes out much better in the long run and it's worth it to me to sit and watch an accountant sift through all of that crap than having to do it myself. Still awaiting the final verdict, but things aren't looking too bad.

Starting in on the next draft of Skinners 4. This will be the last one I do before sending it to my editor. I'm really happy with this one and excited to get into #5. Books 4-6 will be coming out at a pretty good pace. So far, the release schedule is: Book 3: Teeth of Beasts releasing on April 27th, Book 4: Vampire Uprising releasing on Oct. 26th, and Book 5: Werewolf Boogaloo releasing on April 26th of 2011. I may have to re-think the title for #5, but the release date is accurate.
Posted by Marcus at 2:57 PM