Back from the road

I just got back from the Western Writers Convention in Knoxville, TN. It was a lot of fun and I got to meet some very nice people. Now, many of you who know me for Skinners may not be able to picture me at a western writers convention. Lots of hats, big buckles and boots, right? Well, yes but I don't wear any of those. I have some black cowboy hats, many of which are pretty cool in a Rob Zombie / ZZ Top sort of way. If I could grow a cool beard like any of those guys, I'd be all about the cowboy hats. Come to think of it, the ZZ Top guys aren't really known for their hats. They're still cool, though.

Thought I'd get some work done while on the road. Brought my laptop and everything. Didn't happen. Oddly enough, I 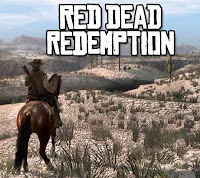 did wind up talking about video games. Specifically, Red Dead Redemption. That's just one more thing to let us know that the western genre isn't forgotten. People just want GOOD stuff in that category. [Insert derogatory comment about my own western series here] So many industry experts and editors talk about how the Old West is dead and buried. I say that's bullshit. Plenty of writers (me included) are coming up with stuff, but have a hard time selling them because the execs who do the buying are convinced there's no audience. I'd say the legions of people playing Red Dead at this very moment would disagree.