As always, I got a bunch of promo covers for the next Skinners. My offer still stands to send out autographed covers to anyone who would like one. This year looks to be especially lean on the convention front, although I will be attending at least one big one. World Horror is coming up in April, so I hope to see some of you there. Still don't know what I'll be scheduled for, but I'm sure it'll be cool. Anyway, I won't be out there doing many signings for a while so here you go.

Other than that, it's been a whole lot of trying to stay warm. The other day, I felt cold air blowing in through an electrical outlet. Yowza! Good thing my grandma still knits me these awesome slippers that magically fit my wide flipper feet just perfectly. Although some of you (including my grandma) might call these slippers "booties", I like to call them Yarn Shoes. Sounds more manly, plus I think of a whole different thing when I hear the word "booty".

Been working on some ghostwriting projects to keep me busy until the next round of edits comes in for Skinners 6. One of them is a Ralph Compton western written under my cowboy name, Marcus Galloway. If you're into westerns (I'm more of a Clint Eastwood as opposed to John Wayne guy, just so you know), look 'em up. I did two of my own series that I think turned out rather well. 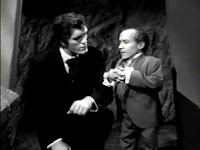 Other than that, I've been leveling up in Call of Duty: Black Ops as well as Need For Speed: Hot Pursuit. Also found a good price for the entire series of Wild Wild West on DVD. Talk about cheesy awesomeness!! Watching these shows brings me back around to why I want to write Steampunk so badly. If there's anyone who can write the hell out of cheesy awesomeness, it's ME!!
Posted by Marcus at 12:25 PM