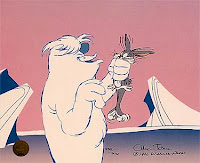 Not THAT kind of dirty! I'm talking about the time of year when all that pretty snow has been sitting around for too long, covered with too much dog spray, or turned over too many times by the plows for it to be pretty any longer. Sure, the trees are photogenic, but aren't all trees picture-worthy? They're like the Playboy bunnies of the nature world. We get it. You're attractive. Next. The ground is covered by several inches of stuff that's sort of white, filled with dirt, sprinkled with rock salt and aching to coat your car with a thick layer of filth. Ugh! Can you tell I didn't enjoy finger-painting as a kid?

Even though the ice is treacherous, it was still easy on the eyes. You know. Like a James Bond girl. Even when she makes you spin out and fall down whether you're in a car or on foot, you still gotta take a moment and admire the view. In The Dirty Season, it's more like those women in Bond films that are just sloppy, but not too dangerous. Hmmm. Are there women like that in Bond movies? Even that mannish lady in From Russia With Love was dangerous. I guess there aren't any benign, sloppy women in the Bond universe. Of course, there aren't any bald dudes who watch Price is Right every morning while flaking Toaster Pastries onto their shirts, either. I guess that's yet another universe where I'll be on the outside looking in.

I'm enjoying my new Droid phone. Getting used to the touchscreen and finally getting the knack of texting. I've still only scratched the surface of it, though. Used its Google Maps navigation features once, but that doesn't work out so well when driving. The alarm clock is nifty. Plus I tapped a few appointments into the calendar. Niiiiice! I'm also feeling the need to attach pictures to my contacts' Caller ID info. It's usually not their actual picture. Mostly photos of hand signals. It's a complex system.

Back to work on Skinners 4. Wound up taking yesterday off, but I should be done with draft 1 this week, then it's off to editing and in on time. Par-tay!
Posted by Marcus at 11:23 AM