The long and winding (and slippery) road

Back from St. Louis! Star Wars in Concert was great, although VERY crowded. I was expecting as much, but it's been a long time since I've been around that many people at once. I'm more used to the comforting coziness of a Pelegrimas-level signing event as opposed to something people actually want to go to. BAZINGA!! The concert was held at a stadium normally reserved for hockey games and such and the crowds filled the place pretty well. Once we finally got to our seats, we enjoyed the show very much. Anthony Daniels truly seemed to have fun with it and the HD screens looked impressive even from the next-to-top row. If you get a chance and you're a Star Wars fan, check this out. There are no bad seats, the music is awesome and the whole presentation just rocked.

I kidded before about my signings, but the one in St. Louis before my birthday was great. Thanks again to everyone who stopped by. I need to get back to work on more Skinners, so this will probably be the last signing for a while. It was great to leave off on such a high note. Fear not, however. I'll be arranging more later but if you can't make it to one of those and you've got a book you'd like signed, drop me an email and I'm sure we can work something out. 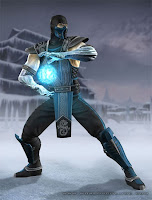 me from St. Louis was much better than I'd expected. There were some storms that took a big dump on the Midwest (How's that for imagery? Take THAT, Poetry!!) and I was worried we might hit some rough patches along the way. The roads were clear right until I got to my own street. About a day after we settled in, we got some more snow. Driving around running errands got me back into the winter mindset. One disturbing thing, however. While I was still tentative and unsure as to how far I could go without the danger of spinning out, I still made the trek across town to my comic book store to get the stuff I'd missed while away. I made it there and back without incident, but I never once thought about NOT going. Are those roads cleared off? Will I get stuck somewhere off the main streets? Should I park somewhere clear and walk to the comic book store? All of these questions drifted through my head without being weighed down by the obvious one. Should I wait a little while until the plows roll through again? Such is the bane of my addiction. Then again, some pretty cool stuff came out so it was worth it.