We've all heard writers talk about being inspired by dreams. Keep a journal. Write it down. Don't let those ideas go to waste! While I'm all for that advice, I would also tell you to give it some time before you start to write the book or story itself. Sometimes those nuggets aren't exactly gold. 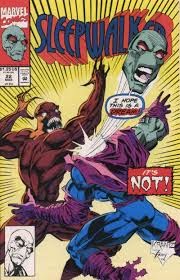 This came to mind while I was cleaning off my desk and sorting through piles of handwritten notes and scribbled outlines the other day. Lots of them were from dreams and I remember being VERY excited about them while I wrote them down, all those wonderful images still swirling in my brain. Looking back on them now, I wonder what the hell I was on when I went to bed that night. Sure, there are some keepers. I've written more than one book based loosely on my sleepy babblings, but most of the good stuff was buried among all the weird crap that goes on when your subconscious gets to have some playtime.

That's the real bit of advice I would give here. Write dreams down, but don't expect to use them as a whole. And I know what you're thinking. Yes, I've heard the stories of some very popular books that were based on dreams. First, those are few and far between. Second, I've tried reading those books and still can't believe they were ever printed. Ugh. Just like in high school, popularity doesn't necessarily
equal quality. It doesn't matter what your or my opinion my be in regard to whatever popular schlock is out there or how it was made. Be your own person and write your own schlock!

As for the dreams, they are a valuable resource. Just be sure to sift through them for the really good stuff before you try to use anything. I want to make a reference to plucking the golden kernels of corn from a turd here, but that would be gross so I won't. Ooops. Forget that last part.
Posted by Marcus at 12:40 PM