Oh, so THAT'S why I can't shake this headache! 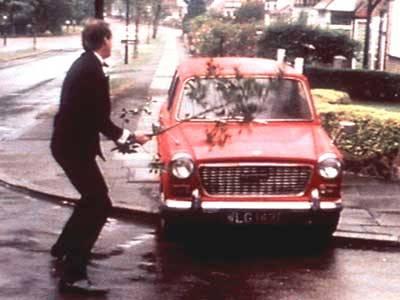 No big news, but I thought I'd check in. Here are a few things going on in the glamorous life of a professional writer! Get ready to quit your jobs, kids. After this, you'll want nothing more than to join me on the front lines of literary greatness.

-  Speaking of jobs, my search for a normal one goes on. And, by normal, I mean "paying" or "steady" or even "one that doesn't kick me in the balls on a daily basis". Maybe that last one is overly dramatic. The kicks come maybe once or twice a week actually. Also, that's most jobs. Anyway, there were a few prospects that seemed like sure bets and I haven't heard anything from them. Times are hard...the economy...blah, blah. Anyone know where I can sign on for one of those underground prize
fight clubs or evil mercenary gigs I read so much about? Hey! Comic books count as reading!!

-  Been watching Daredevil on Netflix. Ahhhh. Finally, something good has happened. Gritty and true to the source material. I've been doing my best to ration myself. Binge watching only means waiting longer for the next season.

-  Those brat burgers I mentioned last post are AMAZING!! Worth every calorie.

-  Sat down to start writing again for the first time in a long while. It feels good to get back to my REAL work. On the agenda for the immediate future is some western series work for ebooks and getting off my ass to FINALLY get the second Gillis Ledgers book out there. That one's been written for a while and the cover is even done. Looks great. I just got sidetracked before edits could be made. Won't be long before another of my spawn is out and about.

-  Filed my taxes. Was informed they were rejected. Filed them again. Waiting. Sigh. What's the matter, IRS? Can't wait to get my IOU for a couple hundred bucks??

You might have spotted a common theme through this and several other posts around here. Waiting. Ugh. Don't remind me. Oh yeah, you didn't remind me. I reminded me. I hate me sometimes!!!!
Posted by Marcus at 11:57 AM