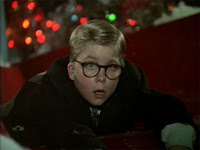 Just started in on Ninja Gaiden 2 and it's...it's pretty cool. The graphics are...cool and stuff...and...sorry. I can't do this. There's been a death in my house. My XBox died. Yep. The ol' three rings of death. For those of you who don't know, that means my beloved XBox 360 conked out for good. And before any of you Sony people start to brag, just save it. I'm suffering enough already. Actually, this will be my third XBox since I've gone through this ordeal once already. Ugh...it just doesn't get any easier, does it?
It's time to put my wife's saintly demeanor to the test. Last time this happened I was...let's just say...I wasn't pleasant to be around. Sure, I've still got my old XBox (which is the original one I bought way back when and still works FINE). I've also got a Nintendo WII, which will go a long way in keeping my spirits up. Last time, there was no WII to soothe me. Still, no Call of Duty 4, no Halo3, no Ninja Gaiden 2, no.........(sigh)
Am I angry? Yep. Am I sad? I'm man enough to admit that much. Will I stick with XBox? Yes. This sucks, and there's obviously design flaws, but I won't give Microsoft the final middle finger until they start making me pay for the replacement consoles. Even though they're obviously not well made (everyone I know who has one has had to send it in at least once), the games on that puppy are just so fun and so purty. Dammit, I just can't quit you Ivory!!! (old XBox = Ebony, XBox 360 = Ivory).
I'm not promising to behave here. I'm sure I'll gripe about this until my new console arrives. Until then, I'll break out some old school Ebony favorites. I've still got Guitar Hero 1, 2 and '80's on the PS2. There's actually plenty of WII games I've been meaning to get into more, so there's that.
Oh, and there is that pesky second SKINNER book I need to write. Maybe I'll have a Full Blood tear up the annoying dude who promised to "fix my problem over the phone" when I called Microsoft customer service. Yeeeaaahhhhhhhh!
Posted by Marcus at 11:47 AM