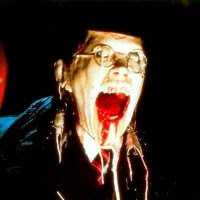 So far this summer, it’s been warm and sometimes hot but still just summer. Then, all of a sudden, the earth cracks open and the skies start to boil and my car’s tires meld with the scalding pavement!

Ok, that may be a bit dramatic, but it’s gotten really freaking HOT!! I hate the summer anyway, but this has made me retreat into my house like a pecker on a cold day. Guys, you know what I mean. Even sitting in my office trying to work is a damn chore. You just can’t escape it. Has the earth gotten too close to the sun? I know there’s some science thing to that effect, but my brain is too scalded to come up with it.

Fine, I’ll stop whining about the weather. In other news, I’m plucking away at SKINNERS 2 and it’s coming along swimmingly. Mmmmmm. Swimming. You know what’s been keeping me typing through the late hours and holding my core temperature down to an acceptable level? Scooters iced lattes. More specifically, the peanut butter and chocolate espresso smoothie. I think that’s what it’s called. I know where it is on the menu. I’m rambling now.
Posted by Marcus at 1:02 PM